I wish I had better news to report on the job front, but I haven't made any concrete leads just yet. I'm applying to lots of places online and in person and that's all I can do. Meet people. Tell them I'm new here and looking for work. Make connections. Apply, apply, apply. Keep trying.  It's going to be so awesome to land a job in a progressive company where I can grow and learn and not have to seek employment for years to come. Bliss.

So that's boring news to you, stressful for me. I've spent years actively looking for work to such a degree that I sometimes question if leaving my job in Corporate America was the right choice, though I know it is because I've found a new direction to be happy and excited about. I need to feel more confident that I am forging a great career path and remember that I'm working as hard as I can toward success. Getting to Oregon was a huge undertaking and I made that happen. Now I just need to land a job and then work on finding a place to live. Easy, right?

By the end of last week I was worn out. I applied for about 45 jobs and that left me brain dead. I worked on finding work until about one in the afternoon then headed over to THE OCEAN. Dude, I am so close to the coast that I was able to head there, explore and be back in less than six hours. Fancy!

Filed Under Are you kidding me?, Go.See.Now., iPhone, Life in Oregon, Technology, Work

"Excuse me," said the man doing yard work, "will you spray this sunscreen on my back? You look like the kind of person who would do such a thing." 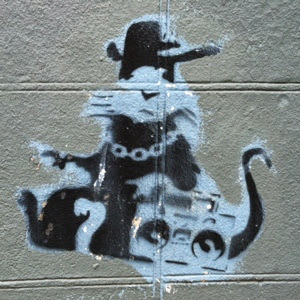 And that's how I made friends with another stranger.

Filed Under Are you kidding me?, Life in Oregon, Taboo, Weird, Whatever and Stuff

So on Monday I had a treacherous drive through a crazy wind storm. What should have taken me around 9 hours to drive, it took more more than 12. Staying with Sarah was awesome, as it's been just one year since she made a similar move. It was good to hear the truth from her, that it isn't the easiest transition, but the struggle will be worth it. I spent two nights with her and while she was at work on Tuesday, I back-tracked about an hour to visit Jake, a former coworker from Food Fantasies.

Wednesday I headed toward Utah. My goal was to visit Arches National Park. Even the drive there was pretty and I encountered a few surprises in the desert. 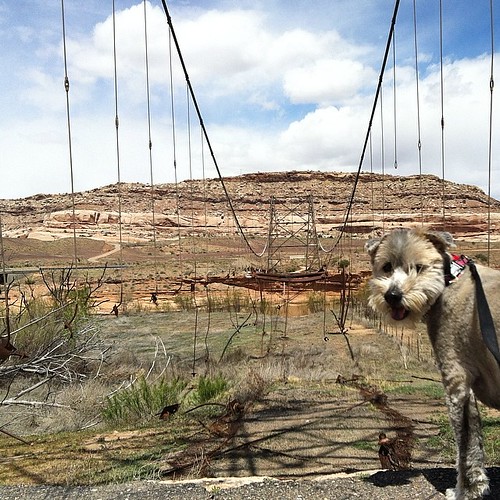 How cool is this defunct bridge!? I should have taken a picture of the plaque because of course I already forgot the name of it. I do remember that it was a vital artery linking trade between the area and travelers to/from Colorado. My iPhone camera wasn't too keen on capturing it's many details, but Nico and I hung out there for a while just taking in the scenery.

Arches National Park was really cool, but I expected to see A LOT of Arches and that isn't possible from the car. If I didn't have Nico with me I could have gotten out to explore more, but having her with me was worth seeing less. Come to think of it, I don't even know what I missed! I saw more than I imagined, just not nearly as many arches as I thought I would.

The last couple of weeks have been a whirlwind of surrealism. It still doesn't feel like I'm actually moved, just on a road trip. But here I am with Nico, in Portland, emailing and texting Craigslist ads hoping to get a response for a place to stay for the next few months while I get my bearings and figure out where to go from here.

It all started a week ago today, when I backed out of my driveway and headed down to the St. Louis area to spend the night with my parents before REALLY taking off. I couldn't resist stopping at the Carlinville exit to take a picture of the creepiest strip club I've ever passed by. Seriously, who goes into such an establishment? Weirdos. I know this because it took everything in my power not to knock on the door and ask for a tour. 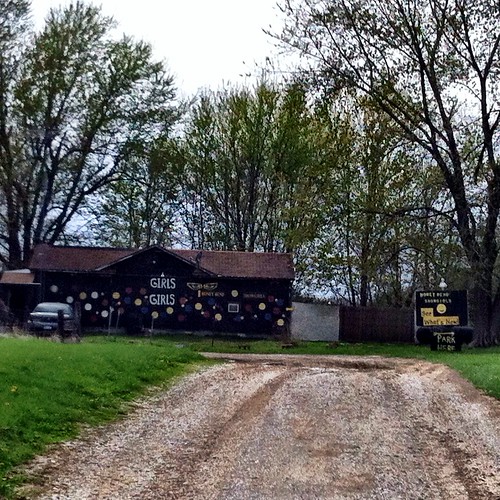 So that was Saturday.

Today is my last day of age 35. Also, Nico and I have made it to Oregon, where we are relocating, from Illinois. 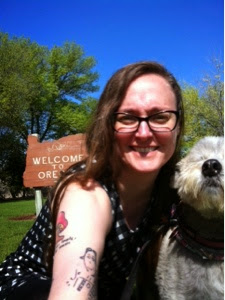 It seems I have lost my self-portrait-taking skills. 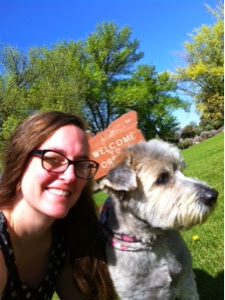 Filed Under iPhone, Me Me Me, Travel
Newer Posts Older Posts Home
Subscribe to: Posts (Atom)