Last weekend I drove more than 400 miles and met a dude who told me he's never even gone far enough east to visit The Idahos. I'm pretty sure he meant The Dakotas, but it's anyone's guess. 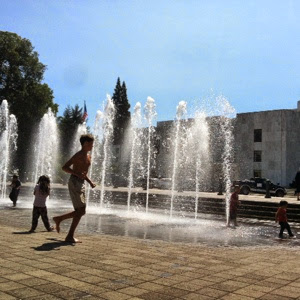 Whoa, I live close to the ocean! 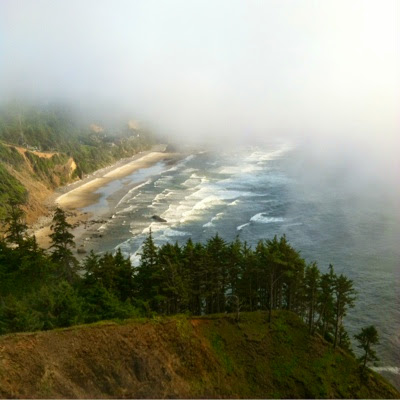 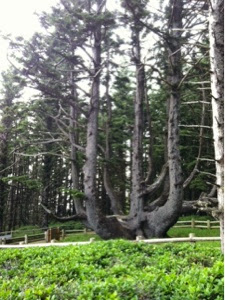 Perfect lighthouse weather, but the light was off. 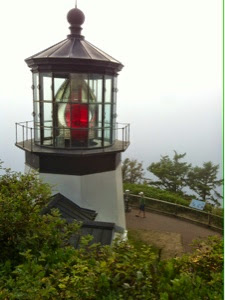 Contrary to travel photo belief, not all lighthouses are majestic: 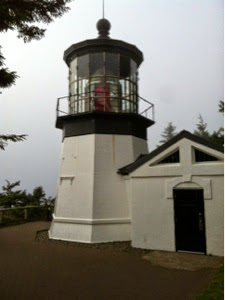 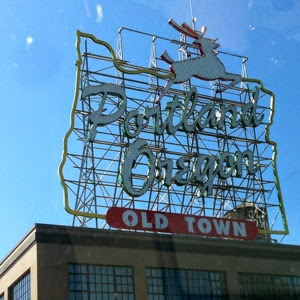 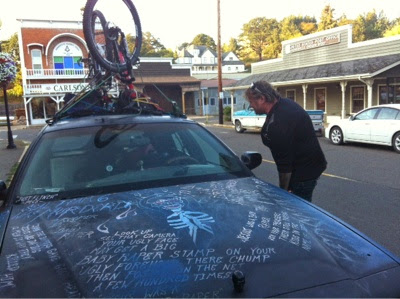 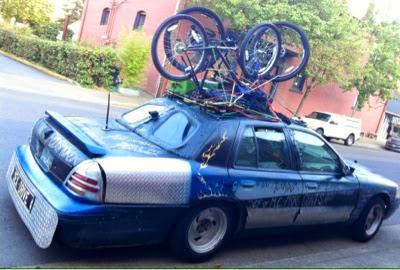 I was invited to the Heart and Spoon for dinner last night and it was amaaazing. More than delicious homemade sushi (with plenty of vegan options!), it feels great to be surrounded by positive, loving and interesting human beings. 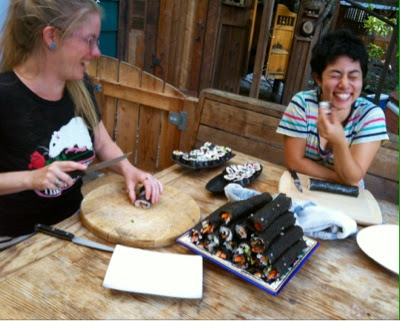 Jes and Sarah! I love this photo of them laughing together! 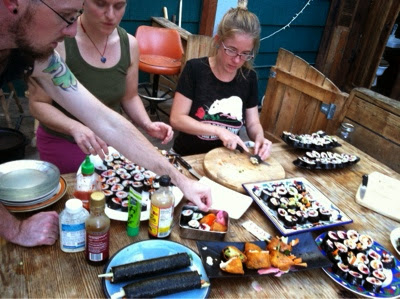 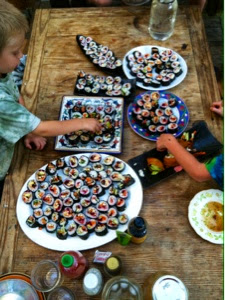 There were 17 humans and 2 dogs at last night's dinner-- that's not uncommon at the Heart and Spoon!

I sure am glad to be out of the garage, but it's sad not living with this great community. Then again, I'm only a few blocks away and that makes for a convenient visit.

I slept in until 9 and then laid in bed reading for an hour and a half. My friend Kayla texted and asked if I wanted to head to the farmer's market to meet her, her son and her Grandma who is staying in Eugene for a while.

We met at Park City Cafe, had a delicious lunch and then explored the market where I bought a variety of local, organic produce and almost all of it was $2 a pound.

I also bought a jar of Activation Kraut and spice packets, which I will use as seasoning when I roast vegetables in my toaster oven. 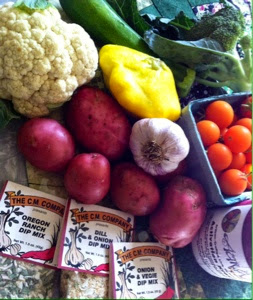 Once I'd had enough shopping and window-shopping, I stopped to sit in the sun and watch the drum circle. I sat in an isolated spot, in that the nearest person was more than ten feet away.

So I'm sitting alone, taking in the scene and taking inventory on my market haul when, some dude and his toddler daughter come up and kneel down next to me. The guy asks, "hey, do you know anyone who would clean my house for $50? I'm raising my daughter alone and running my own business."

I told him that I didn't know anyone and I wasn't interested in doing it.

And then he just kept kneeling next to me for a reaeaeaeally long time.

And kneeling, right next to me.

This guy spent minutes in my personal space until I couldn't take it anymore. I made sure I had my phone, wallet and keys, then exited the scene. 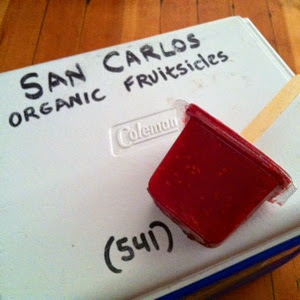 But that awkward moment was balanced out by my borrowing a small cooler to haul home a half-dozen fruit popscicles. It's a nice cooler and one of the farmers lent it to me on the honesty method. Never even asked my name. That dude was nice.

How was your Saturday?

Today was a GREAT day

It's odd to me when I visit the ocean, hike among waterfalls in the same day and then come home and can't find brainpower or some equivalent energy to put words on my blog. I don't know what my "problem" is, but I keep circling back to this feeling that I just want to DO and not document my every move. Too much technology and connectedness is bad. I just want to do and be and exist and experience and then come home to reflect. --Plan for another adventure.

And also, it's like, after 9pm and I'm still trying to do my art/fun, which is glue some stuff to wood. 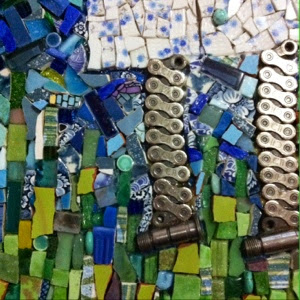 I was lucky enough to be invited to a Kiwi Berry Farm. 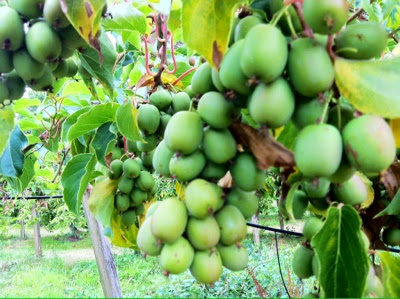 It was more than a farm. It was a place where people live and be and connect with other humans and it was the kind of good where you come home and don't want to do anything but go outside and find a patch of earth to lay upon so you can reflect upon your day and fantasize about the future.

Today was a GREAT day.

The night escapes me because I've spent nearly two hours trying to upload 14 photos to flickr. I can't see how the documenting of my act should outweigh the actual act itself. And of course, I can't access the HTML now that they finally uploaded. Hooray for technology!

Filed Under Family and Friends, Food, Go.See.Now., Life in Oregon

Filed Under Back When I was a Kid, Blogging, Whatever and Stuff
Newer Posts Older Posts Home
Subscribe to: Posts (Atom)