....is a really good thing to say to door-to-door Church people. 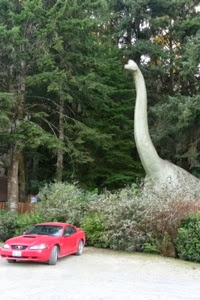 A young person and her companion knocked on my door and asked if I would participate in a survey. I thought they were college kids so I said yes.

"If there was one thing you could change, what would it be?"

I'd revert food production to before the days of industrial-agriculture, when it was handled on a personal level, before chemicals and for that matter, even further back, as far back to the very beginning of humans figuring out how to use soil to grow plant and animal food -----

The dude cut me off, saying, "Well, that's interesting. [pause] If there was one thing you could say to God, what would it be?"

The Christian idea of God was created as a way to control the behavior of others and explain the source of mind-boggling phenomena, explain and condemn the ideas and behaviors that someone didn't agree with or understand.

He went on to ask, "What kind of dog do you have? Him or her? Is she a mixed breed? What's her name? How old? Oh wow, she doesn't look ten years old."